An Overview of Shotgun Ammunition

Interpreting the numbers on a box of shotgun shells can feel like solving a complex math equation, especially if you’re new to shooting. However, you don’t need a calculus degree to understand shotgun ammunition. In this guide, we break down what those numbers mean, so you can easily pick the right ammo for your next trip into the woods or onto the range.

The inner diameter of most shotgun barrels is measured in gauges. Unlike handguns and rifles, which are generally measured in caliber, where the larger the number the bigger the barrel, the smaller the gauge of a shotgun, the wider the bore. This means the barrel diameter for a 12 gauge shotgun is significantly larger than a 20 gauge barrel.

Often abbreviated as “ga” or “G,” gauge is determined by taking a lead ball that fits snugly inside the barrel. The number of lead balls this size that add up to one pound in weight is the gauge of the shotgun. As an example, it takes twelve lead balls the diameter of a 12 gauge shotgun barrel to add up to a pound.

The exception to this rule is the .410 shotgun. Since the diameter of a .410 barrel is measured in inches, it is technically incorrect to call this shotgun a .410 gauge. You could more accurately refer to it as a 67 ½ gauge, but your hunting buddies might look at you funny. It’s safer to just call it a “four ten.”

It is important to choose shotgun ammunition that matches the gauge of your weapon. You cannot shoot 20 gauge shotshells from a 12 gauge shotgun, or vice versa.

Another important number on ammunition packaging is shell length. The most common shotshell lengths are 2 ¾, 3, and 3 ½ inches. Not all lengths feed properly in all shotguns. Never use longer shells in a shotgun designed for a shorter shell length, even if those shells fit inside your weapon. Longer shells contain more shot and propellants. As a result, they produce higher pressure which could be dangerous in a weapon not designed to handle it. 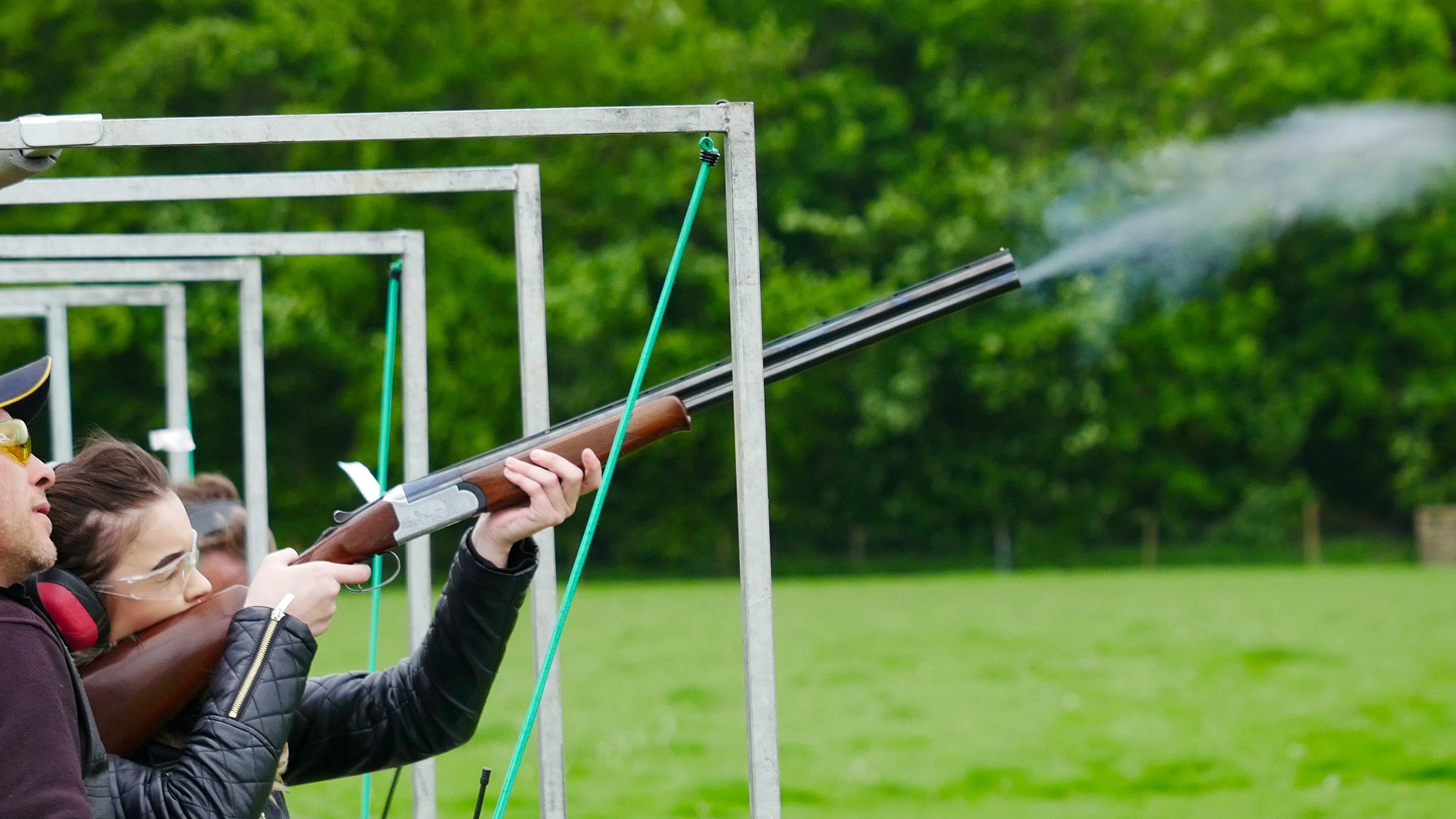 A shotgun is one of the most versatile weapons you can own. Shotgun ammunition can be loaded with anything from hundreds of tiny beads to a single heavy-weight slug. This versatility means that, with the right ammunition, a shotgun can handle just about any shooting application. Here is a quick breakdown of the different types of shotgun ammunition.

Birdshot is probably the most common type of shotgun ammunition. Each individual shotshell is loaded with hundreds of tiny pellets. The effectiveness of birdshot lies in the multiple projectiles spraying the target.

The size of birdshot is designated with either a number or letter. The larger the number, the smaller the shot size. Smaller shot sizes allow more pellets to fit into each shell.

As the name implies, birdshot is mostly used to hunt birds, although it can also be appropriate for hunting small game. As a general rule, hunters choose larger shot sizes when hunting larger birds and smaller sizes for smaller birds. For example, most dove hunters choose #7 ½ or #8 shot, while #1 and #BB shot is better suited for geese and other large waterfowl.

#4 birdshot (Not to be confused with #4 buckshot. We’ll get to that in a minute), is the smallest shot size considered effective for home defense. Also used by turkey hunters, #4 birdshot generates an effective shot pattern and enough terminal energy for threat elimination without risking dangerous over penetration.

As the name implies, buckshot is typically used for deer hunting, although these larger pellets are also a popular choice for home defense. Sizes range from smaller #4 buckshot, which measures .244 inches in diameter, to the largest #000 (pronounced “triple aught”), measuring .36 inches.

A slug is basically a shotgun bullet. Slugs contain a single, heavy projectile and deliver the most powerful terminal energy of any shotgun load. With only a single projectile, slugs do not deliver a spray of pellets like other shotgun ammo. Slugs essentially increase the lethality of your shotgun by providing hard-hitting terminal energy transfer, deep penetration, and massive expansion.

Modern slugs come in two basic types: rifled and sabot, although there are many variations within both types. Rifled slugs are designed for smoothbore shotguns, while sabot (pronounced “SAY-bo”) are engineered for shotguns with rifled barrels.

Also listed on the outside of a standard box of shotgun ammunition is a description of the payload. Birdshot is measured in ounces, while buckshot is indicated by pellet count. A heavier payload means the shotshell contains more individual pellets. For example, a 12 gauge shotshell loaded with one ounce of #7 ½ lead shot contains approximately 350 individual pellets. In comparison, a shotshell loaded with 1 ⅛ ounces of #7 ½ will contain approximately 394. The extra pellets in each shotshell increases target damage.

There is more to choosing effective shotgun ammunition than simply picking gauge, shot size, and payload. These factors also have an impact on recoil.

While recoil can be a serious concern for young or apprehensive shooters, even well-seasoned burly guys need to take recoil into consideration. Excessive recoil can do more than hurt your shoulder or bruise your cheek. It can also affect accuracy, especially the accuracy of your follow-up shots.

The only sure-fire way to see if you can handle the recoil a certain load produces is to shoot it. However, you can tell a few things simply by the numbers on the side of any box of shells. When choosing ammunition, here are a few things about recoil to keep in mind:

1. The larger the gauge, the greater the recoil produced. A 12 gauge shotgun produces significantly more felt recoil than a 20 gauge loaded with comparable ammunition.

2. Expect more felt recoil from loads containing larger pellets. You will experience more recoil when you shoot #00 buckshot than with any shotshell loaded with birdshot. Slugs produce even more. (Trust me. It’s physics.) 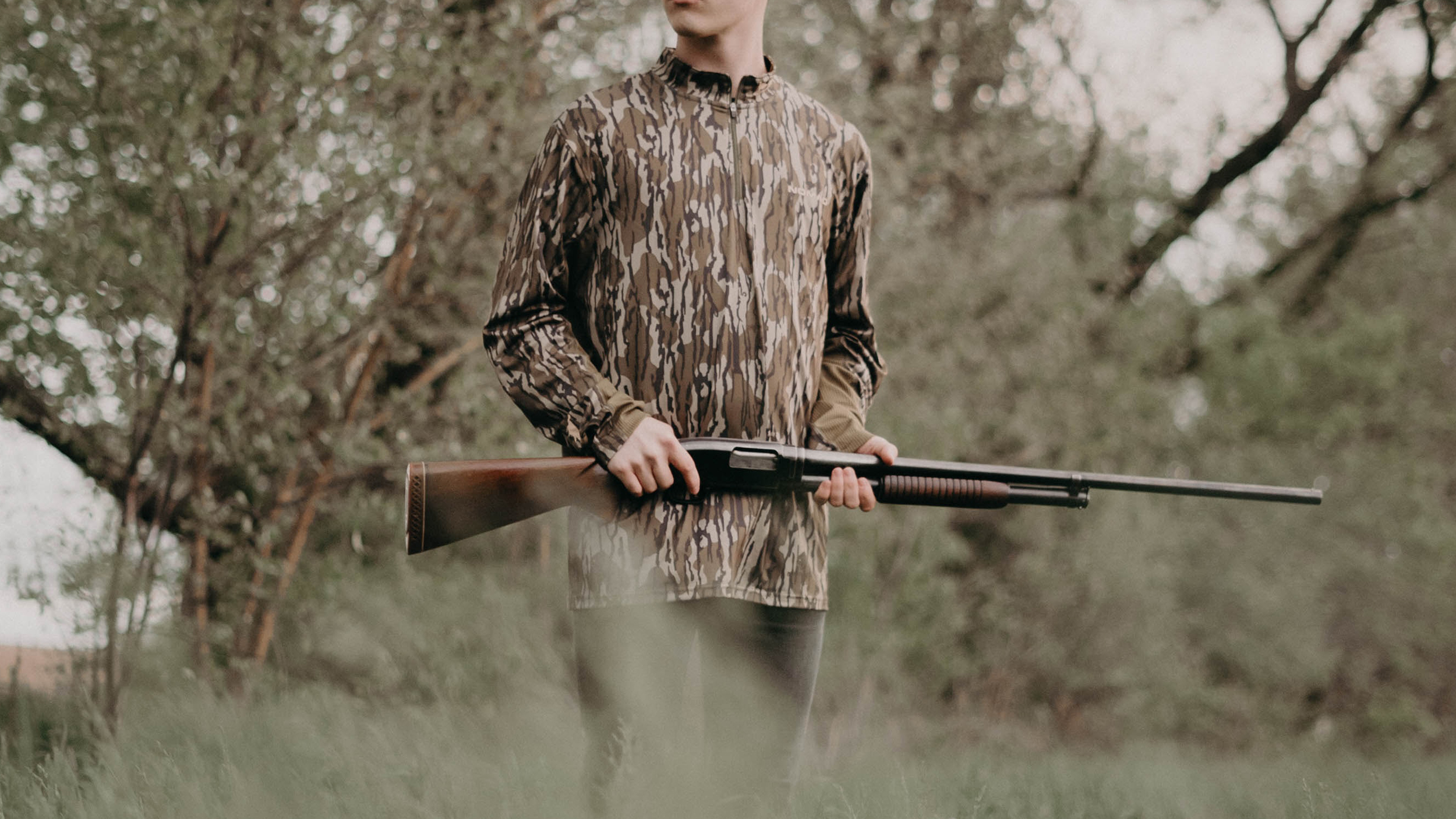 Next time you purchase a box of shotgun shells, make sure you check more than just the price. The gauge, shell length, shot size, and payload are all important details that affect ammunition performance. Understanding these details will help you choose the best shotgun ammunition for any application, whether you’re planning to hunt, shoot targets, or protect your home from dangerous intruders.

Monstrum also has rails and accessory mounts for your shotgun. Check it out here.