If you ever find yourself in a home defense situation, having any firearm is better than no firearm at all. As the saying goes, “Don’t bring a knife to a gunfight.” You never want to be ill-equipped when your family’s safety is on the line.

While any gun may be better than none, some firearms are better suited for home defense than others. You can certainly drive a nail with a sledgehammer, but it isn’t the best tool for the job. The same is true of firearms, which are just tools. As tools, some weapons perform certain tasks better than others.

There is plenty of division in the shooting world over what makes the best firearm for home defense. Some experts claim a shotgun is perfect. Others swear by a rifle or a handgun. Like most things in the world of firearms, there may be no one clear answer. The “best” weapon for home defense can depend on the situation as well as your shooting confidence and proficiency (and the shooting skills of other family members).

There may be no perfect, just-right Goldilocks firearm for home protection, but let’s take a look at the most common options.

The biggest advantage of using a handgun for home defense is its portability. Handguns can be conveniently concealed pretty much anywhere inside your home. They are easy to maneuver around corners and walls. If you need an extra hand for opening doors, holding a flashlight, grabbing a child, or dialing 911 you can still carry a handgun in the other. In a pinch, a handgun can even be fired one-handed. However, one-handed accuracy takes some practice and isn’t nearly as easy as action movies make it seem.

It is also easier to maintain control of a handgun in a hand-to-hand struggle. Since the typical full-size handgun is only about eight inches long, you don’t need to create significant distance between you and your adversary to fire your weapon. (Compare that to the 40 plus inches of the average long gun.)

In the areas of convenience and portability, the handgun shines as a home defense weapon. However, handguns don’t produce a ton of stopping power when compared to shotguns or rifles. In terms of terminal energy transfer (measured in foot pounds), a handgun delivers about ⅓ the energy of an AR-style carbine, ¼ the energy of a 12 gauge shotgun, and a mere ⅙ the energy of your hunting rifle (which in terms of home defense is only practical for overwatch during a zombie apocalypse scenario, but I’ll get to that in a minute). Due to the limited energy transfer generated by even more powerful handguns, you will want to get multiple rapid-fire shots on target to effectively eliminate a threat. Many violent criminals continue to attack even after they’ve been shot multiple times. Therefore, firing several rounds from your self-defense handgun in rapid succession increases your chances of stopping that threat.

Unfortunately, popping off rapid and accurate shots can be difficult when shooting under duress, especially if you are an inexperienced shooter. If you plan to use a handgun as your primary home defense weapon, you will want to invest in some serious range time to gain enough proficiency to use it effectively in a high-adrenaline situation. However, a handgun can still be a solid option for home defense, and the addition of a light and/or laser sights make it more effective and easier to use. 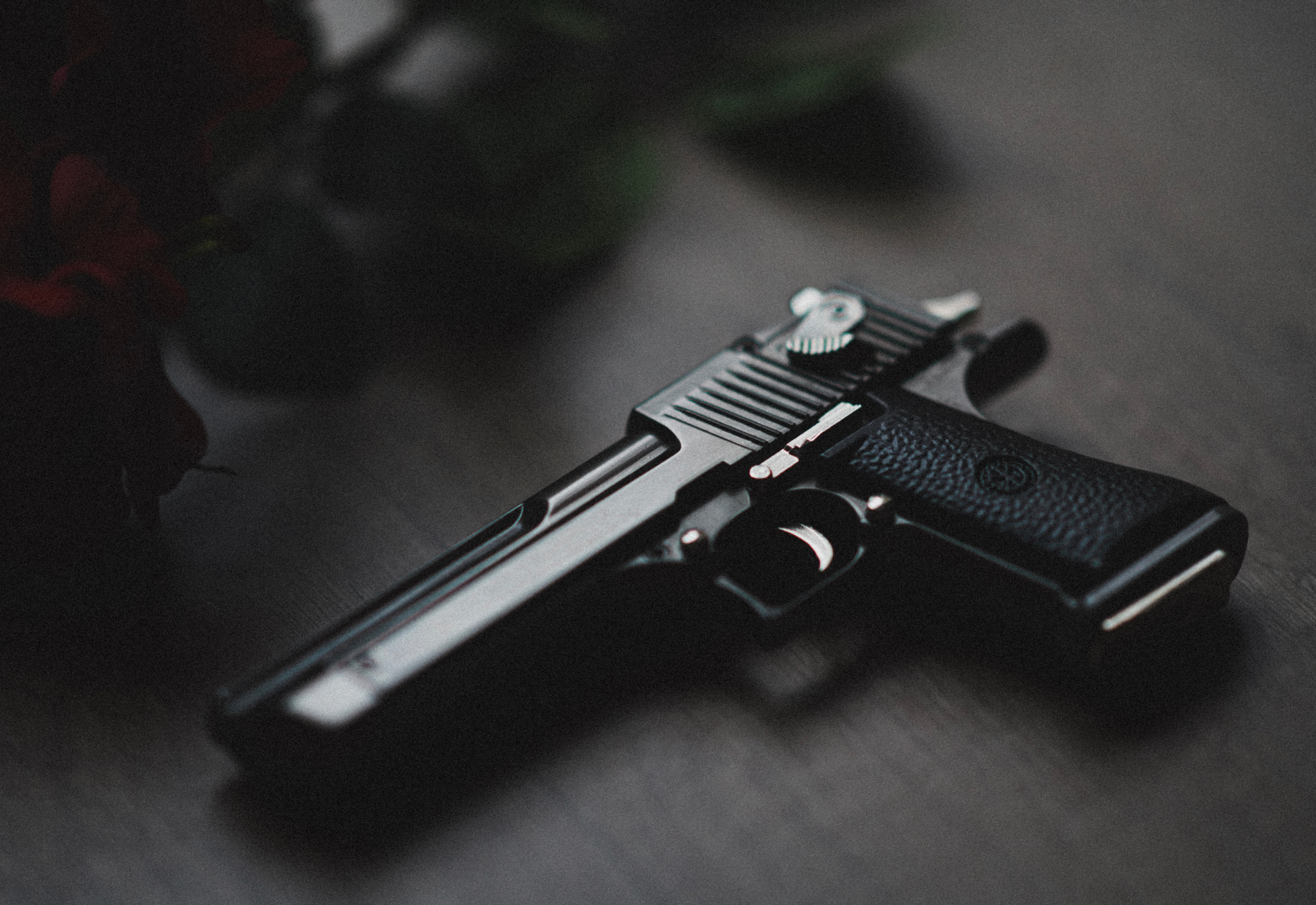 Many modern self-defense experts consider the shotgun the ideal home defense weapon. In fact, shotguns are so effective that often just the sound of racking a shell into the chamber is enough to send an intruder running for safety. It takes an uncommonly brave (or stupid) thug to peer down the barrel of a 12 gauge shotgun and continue advancing.

A shotgun has one serious advantage over both handguns and rifles: it fires multiple projectiles with each pull of the trigger. As I mentioned before, it can take several shots to stop a violent criminal, so getting multiple rounds on target quickly is critical to stopping a threat. If you load your home defense 12 gauge with 2 ¾-inch shells 00 buckshot, you’ll get eight or nine pellets on target with one trigger pull. This creates a sort of saturation effect that is quite painful and highly devastating to soft tissue.

Although shotguns have a reputation for scattering shot, patterns remain small at the hallway-length distances typical in home defense situations. At distances less than 10 yards, 00 buck loads will produce one large hole in a paper target right. At 15 yards, they might produce a baseball-size group. However, even if you’re living in a mansion, you’re unlikely to engage a home intruder at that distance.

The tight groups produced by a standard shotgun erase the myth that you don’t need to aim these weapons. While precision may not be as important, aiming is essential. A cluster of 00 buckshot is unlikely to over penetrate a human body. However, a cluster that misses the target can pass through walls and still carry enough energy to do damage to whatever is on the other side. Proper aim may not seem all that important until you realize your kids are sleeping on the other side of that wall.

The trade-off for this level of stopping power is some pretty serious recoil, which can be a major issue for small-framed shooters. However, most shotgun loads for home defense are designed to produce less felt recoil. And if recoil is a major concern, you can always choose a 20 gauge, which is still plenty effective at close range.

While your duck hunting shotgun can certainly pull double duty on waterfowl and home intruders, the extra-long barrel can be a huge hindrance in close quarters. If you want a dedicated home defense shotgun, a tactical shotgun with a shorter barrel (typically between 18.5 to 20 inches) will be far easier to maneuver indoors. 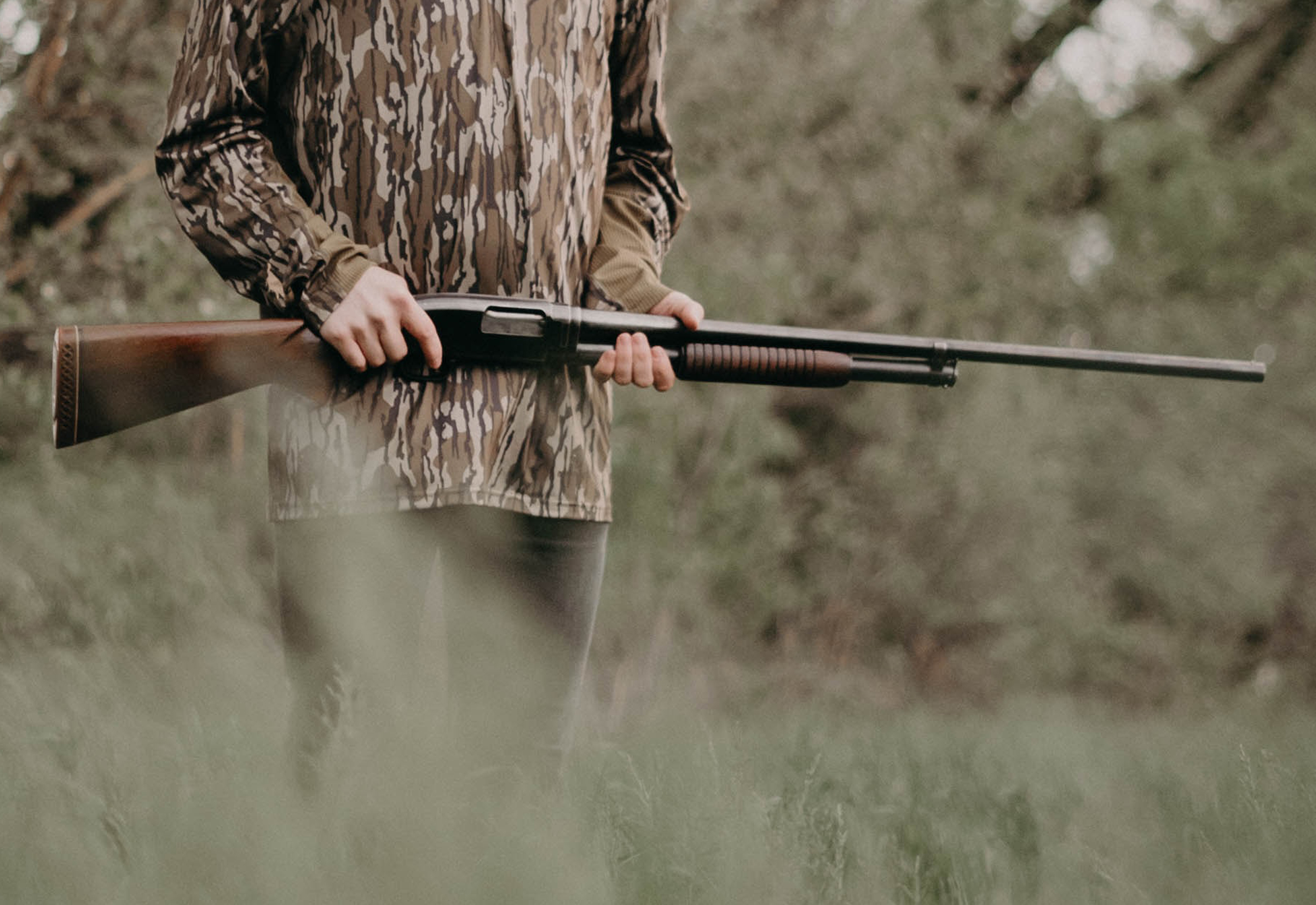 In the event of a home invasion, the bolt action rifle you use to hunt whitetails should probably be left in the gun safe. The high-power cartridges these rifles shoot produce excessive muzzle flash, noise, and recoil, which can disorienting (and dangerous) when fired inside the close quarters of a dark house. Also, the projectiles these cartridges fire travel at high velocities and carry some serious kinetic energy. They are likely to over penetrate the target, the wall behind your target, and the wall of the neighbor's house down the street. .

Also, the tight confines of the average family home make a full-size rifle problematic. However, modern sporting rifles, like the AR-15 carbine were built for maneuverability and close-quarters effectiveness. These firearms are lightweight, easy to shoot, and produce minimal recoil. The profile of a modern sporting rifle is also easy to recognize (Thank you video games!), and when a prowler sees one in your hands, he will quickly realize he has broken into the wrong house.

Another advantage of using an AR-15 for home defense is its common .223 chambering. .223 Remington ammunition is relatively inexpensive and readily available in most sporting goods stores. To minimize the risk of over penetration, choose a load with lighter 55-grain expanding projectiles. Expanding projectiles release a lot of energy as they expand. This slows them down, minimizing the risk of punching through drywall and zipping into a room where your family is hiding. 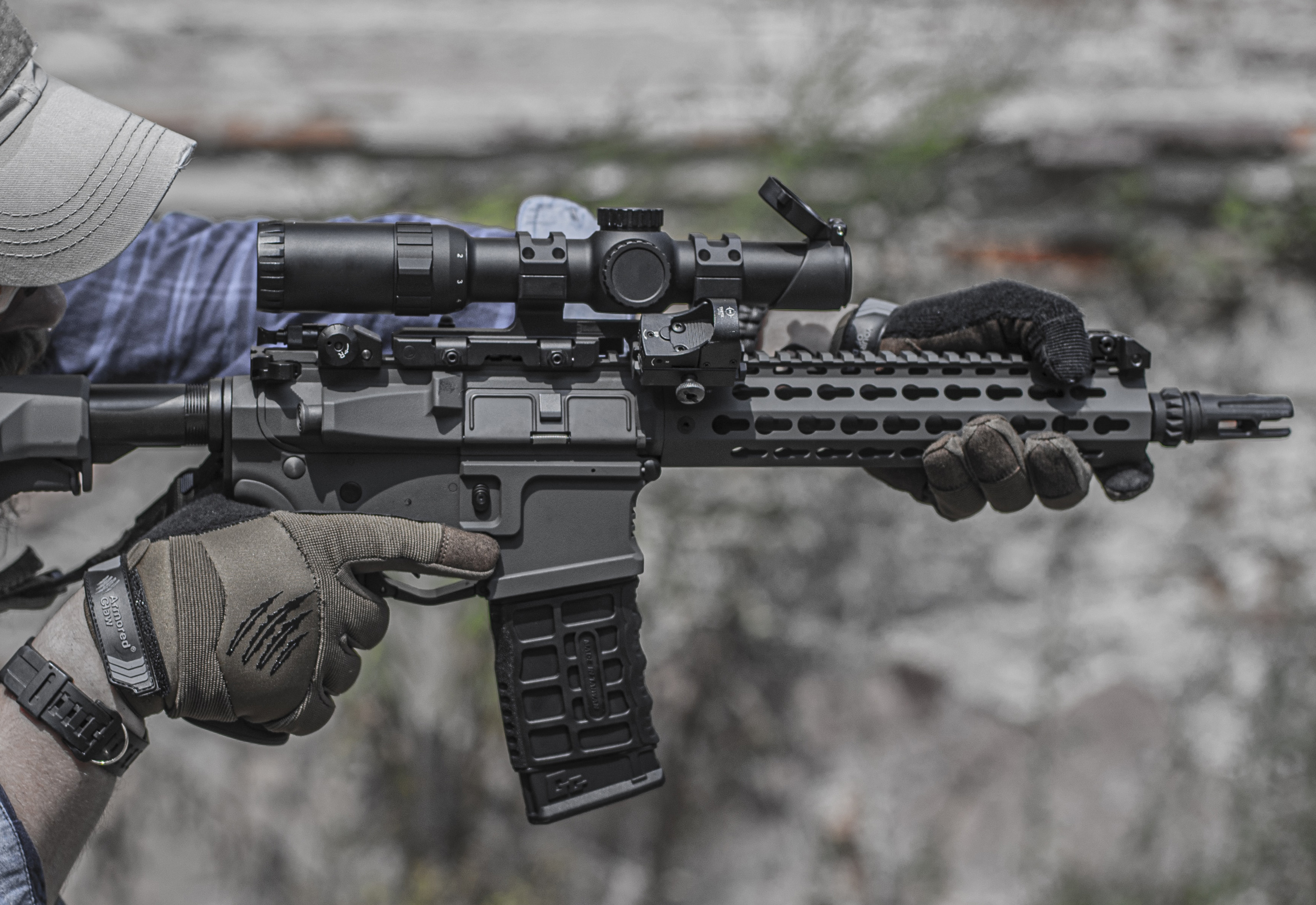 Choosing a weapon for home protection is a serious decision. The best decisions are informed decisions, so make sure to do your homework. Don’t limit your research to internet articles. If at all possible, head to the range and test-fire a few options to see what weapons are easiest for you to handle effectively.

Once you’ve chosen a weapon for home defense, the homework doesn’t stop. Remember, your firearm is only a tool. To be most effective, that tool needs to be held in competent hands. That is something only be achieved through practice. And since shooting is a perishable skill, you should hit the range regularly to maintain familiarity and proficiency with whatever weapon you choose.