There is currently a head-to-head showdown taking place in the firearms world. For decades, the Picatinny rail has been the reigning king of mounting platforms. Now, two young contenders seek to dethrone what was once the gold standard for attaching firearms accessories.

Picatinny rails can be bulky and heavy, adding unwanted weight and throwing off the balance of your weapon. The KeyMod and M-Lok systems entered the scene in valiant attempts to alleviate this problem. Both systems allow you to attach accessories directly to your hand guard, eliminating the need for a rough and hefty extra rail.

Both the KeyMod and M-Lok systems support direct attachment of optics, lasers, flashlights, bipods, and other accessories to a negative space mounting point. In other words, M-Lok and KeyMod both have integrated openings machined directly into the hand guard. Compatible accessories can be mounted to a bracket that locks into those openings. The openings, or “negative space,” reduce weight and eliminate the rough, cheese grater texture of a traditional Pic rail.

Although these two systems offer many the same benefits, they differ slightly in design. Let’s take a closer look at these two rival mounting systems.

First created by VLTOR Weapon Systems, KeyMod was released through Noveske Rifleworks, in 2012. This system is “open sourced,” meaning any company can manufacture products using the KeyMod design without paying royalties to the developers. Because the system is open sourced, it encourages more manufacturers to integrate the KeyMod system into their hand guards and accessories.

KeyMod uses a series of “keyholes” used to lock accessories into place. These keyholes resemble the sliding chain locks once common on the back of hotel doors. Basically a lug is inserted into a large opening and then slides along a narrower track to lock in place.

Once slid into position, lugs are tightened (there may be one or several, depending on the accessory) to lock down the accessory bracket, securing it to prevent wobble during recoil or rough handling.

Opened up to aftermarket accessory manufacturers in 2012, Keymod jumped out to an early lead over M-LOK. As such, the market for Keymod stuff is bit more developed than M-LOK’s, with a wider selection of parts and accessories at slightly better prices.

Although the system is revolutionary, it does come with its own list of pros and cons. Here is a quick overview of what makes KeyMod shine and where it falls short.

Magpul, one of the biggest names in the shooting industry, loved the lightweight and versatile design of the KeyMod system. However, because Magpul is a major overachiever, they wasted no time improving on the KeyMod design. Thus, M-Lok was born.

Although M-Lok is patented by Magpul, the system is available to manufacturers by free license. This means other manufacturers can use M-Lok without paying royalties, but they must first obtain a license to do so. This arrangement has a major benefit for the consumer as it allows Magpul to retain regulation of the design. Because M-Lok can only be used through a license, it guarantees consistency and compatibility between all products bearing the M-Lok name.

Although the concept is similar to KeyMod, M-Lok ditches the signature keyhole configuration for straight elongated slats with slightly squared sides. M-LOK accessories attach using cammed T-nuts. Because there is no “locked” position, the T-nuts can be attached at either the rear or front of the slots. This versatility gives you plenty of room to mount your accessories in just the right spot.

While one major advantage of the M-Lok system is it allows complete customization of accessory placement, many gun owners think it offers too little too late. As M-Lok arrives a little late to the party, many shooters have already been wooed by KeyMod, and gun owners are a pretty loyal bunch (There are still plenty utterly committed to the Picatinny rail).

Here is a quick run-down of M-Lok’s pros and cons.

In 2017, the United States Special Operations Command (USSOCOM) tested several rail systems at the Naval Surface Warfare Center in Dahlgren, Virginia. M-Lok and KeyMod were among those tested.

After rigorous testing of repeatability, rough handling, drop resistance, point of aim shift, and failure load analysis, USSOCOM declared M-Lok the clear winner and selected the system for their own personnel.

M-Lok outperformed KeyMod in all testing criteria except endurance and rough handling. The two systems tied in these two areas.

You can read a complete analysis of tests here.

M-Lok or KeyMod, Which Should I Choose?

For most shooters, it really doesn’t matter. Most of us head to the range, punch some holes in paper targets, have a good time, and then head home. For the most part, our gear doesn’t have to be battle-ready, it just needs to be practical. In that regard, both M-Lok and KeyMod definitely fit the bill.

However, if you shoot frequently or competitively, M-Lok offers durable reliability and the approval of America’s elite forces. It’s hard to argue with that performance level, no matter who was first to the party.

For shooters looking to deck their rifle out on the cheap, Keymod’s wide selection of inexpensive aftermarket parts may be more appealing. 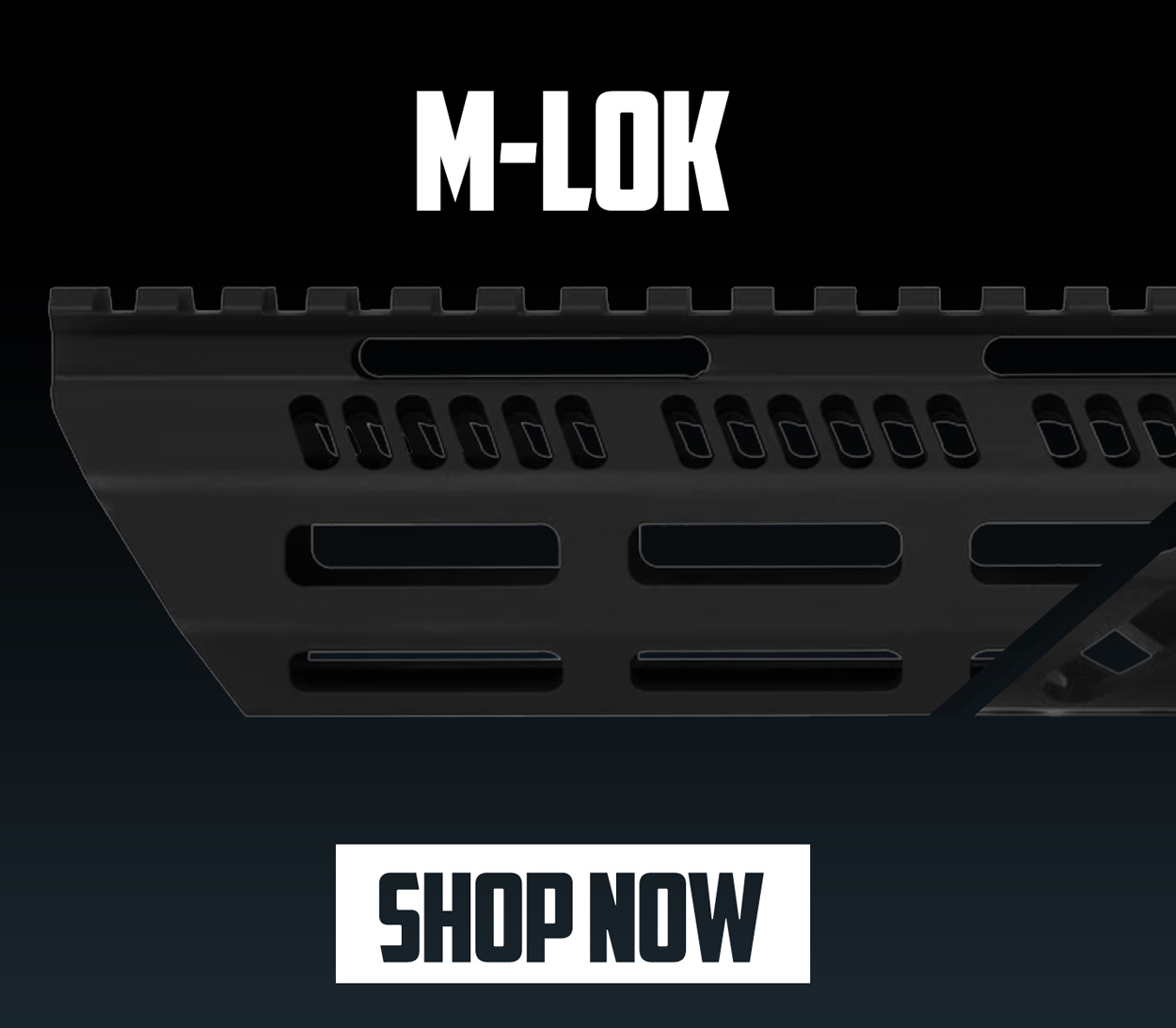 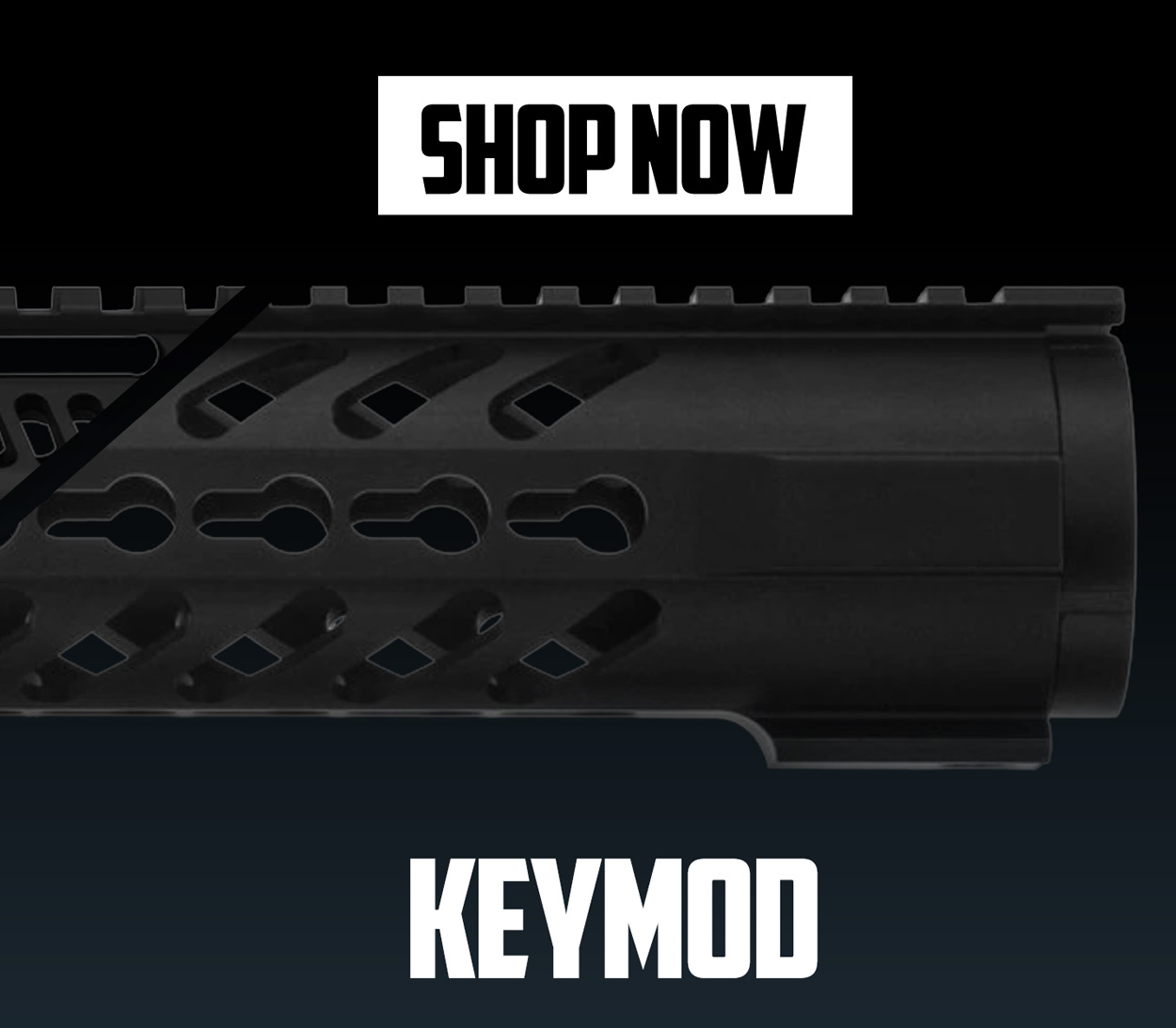