The points where your firearm make contact with your body are crucially important for comfortable, accurate, and effective shooting. These critical points include the stock, the pistol grip, and the handguard (also called the forend, forearm, or foregrip depending on where you’re from).

The Importance of a Quality Handguard

A good handguard protects the shooter’s hand from heat radiating from the barrel during shooting. Gunpowder burns rapidly and generates extreme heat (up to nearly 5000 degrees Fahrenheit). Although the heat produced is brief, it builds up over time, heating up your barrel with each shot you fire. The longer you spend at the range, the more heat is generated, some of which is transferred to the barrel of your weapon.

Not only can a hot barrel burn blisters on your hand, it can also negatively affect shooting accuracy. As it is exposed to the heat generated by burning gunpowder, the barrel of your rifle expands. Although the expansion is small, it can have a major effect on the flight paths of your projectiles. While the main purpose of a handguard is to help protect tender skin from a scalding metal barrel, it also provides important ventilation. That extra ventilation will help cool the metal faster, preserving your accuracy and the life of your barrel.

Besides protecting your hand and preserving accuracy, a handguard also provides a convenient place to attach accessories. Optics, sights, lasers, flashlights, and foregrips can all be attached to most handguards, allowing you to completely customize your rifle.

Most handguards are made from either aluminum or polymer. While both materials are plenty durable and will protect your hands from excessive heat, they each have their own set of pros and cons.

Lightweight and highly durable, polymer is often used to make drop-in handguards. Fiberglass-reinforced polymer has a higher impact resistance than other handguard materials (chiefly aluminum). This material also does a great job of protecting your hands from the excessive heat generated with repetitive shooting.

However, polymer has a lower melting point than aluminum. Although rare, under continuous lock-and-load shooting, the heat from your barrel could warp or even melt your handguard.

For most shooters, this shouldn’t be a problem. If you use your rifle for hunting or casual weekend shooting, you would be hard-pressed to do enough shooting for your polymer handguard to reach the melting point. However, if regular rapid fire mag dumps are part of your shooting itinerary, you may want to keep an eye on that polymer handguard.

To add an extra level of protection, some manufacturers add an aluminum or stainless steel heat shield to the underside of their polymer handguards. This increases heat resistance by further separating the polymer from the barrel, reducing the possibility of warping or melting.

Some shooters claim to have trouble properly securing mounted accessories to their polymer handguards. However, many have no trouble at all, and Magpul does a good job of eliminating this problem with their M-lok interface system.

Most free float handguards are made out of 6061 aluminum alloy. While less durable than the 7075 aluminum commonly used to build receivers, 6061 is plenty strong for a relatively low-stress rifle component, especially a handguard. Although a bit heavier than polymer, 6061 aluminum is still relatively lightweight, so you don’t have to worry about a quality aluminum handguard adding any extra heft to your rig.

Aluminum also has a much higher melting point than fiberglass-reinforced polymer. That is the whole reason many manufacturers line the interior of their polymer handguards with an aluminum alloy.

A typical aluminum handguard can reach 220 degrees Fahrenheit after 300 rapid-fire rounds. The good news is, that heat isn’t going to distort your equipment. However, your handguard will be hot to the touch. If high-volume shooting is part of your plan, you may want to consider adding some tactical gloves to your range gear.

Although it’s easy to overlook material and construction when choosing a handguard for your AR build, this is one of the most important aspects to consider. While aluminum and polymer are both relatively durable, polymer may have some extra impact resistance over aluminum. However, if you decide to purchase a polymer handguard, be sure to find a model that incorporates a heat shield made of steel or aluminum to help prevent deformation.

If you do a lot of high-volume shooting, an aluminum handguard is the smarter choice. Aluminum isn’t going to melt, warp, or deform, even when your barrel reaches blistering temps. 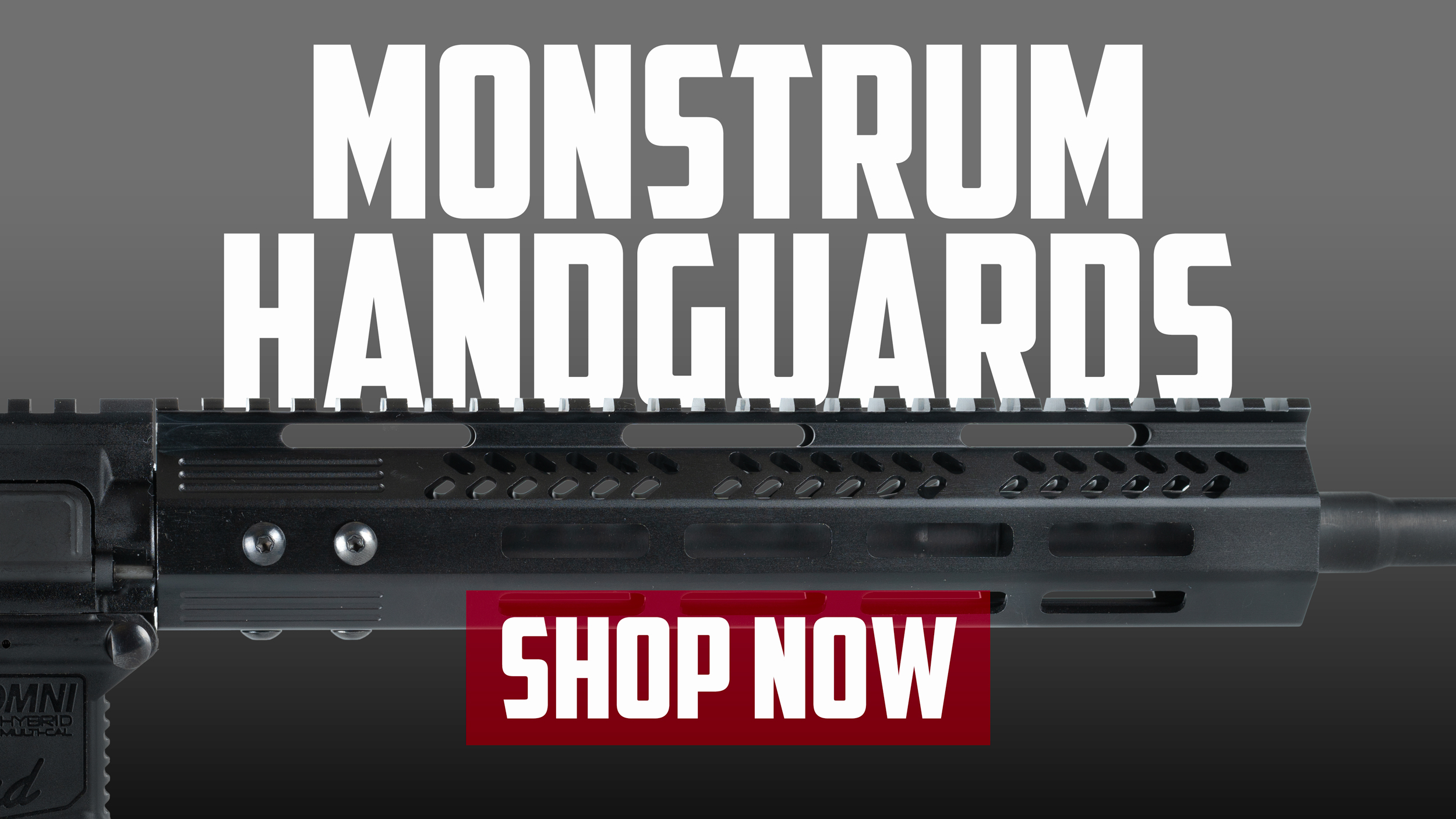